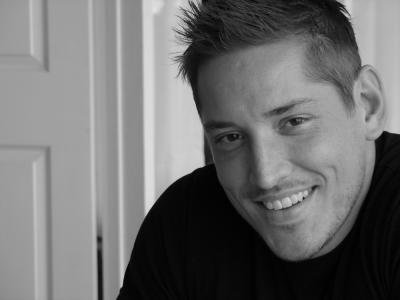 The Morgan Lucas Schuldt Memorial Reading features emerging and innovative poets. This event is presented annually as part of the Poetry Center’s Reading and Lecture Series, and is named after poet and publisher Morgan Lucas Schuldt (2/11/1978–1/30/2012). It is underwritten by a private donation.

Sound and word play are the primary materials of Morgan’s poems: homonyms, neologisms (often made by merging existing words), and deliberately misspelled words (to suggest multiple possibilities). Philip Metres described Morgan’s poetics as being “one of lyrical fracture, brokenness as neologism, archaicism as innovation.” Of Morgan’s relationship to the poets who came before him, Boyer Rickel wrote, “I’ve never been close to a writer more aware of his forebears, more in touch with and in love with his aesthetic sources, than Morgan. He traced his work from a line: Whitman, Hopkins, Crane, Joyce, Berryman, Celan, and among the living, Charles Wright, Heather McHugh, and Harryette Mullen.”

Morgan was also a devoted friend to poetry and other poets. He wrote essays, reviews, and interviews (published in CUE, Fascicle, Rain Taxi, Sonora Review, Tucson Weekly, and elsewhere), and maintained a lively blog about poetry. He mentored many poets in person and online, developing relationships and collaborating with writers across the country. Of his dedication to the poetic work of others, Stephanie Balzer wrote, “He was a tireless champion of his friends’ writing and was sought by many as a mentor and editor. For others, he was a source of encouragement and a voice of reason.” A great enthusiast of the work he loved, Morgan co-founded and edited CUE: A Journal of Prose Poetry, and edited CUE Editions, an associated chapbook series.

A proud native of Toms River, New Jersey, Morgan earned a BA in English at the University of Virginia before coming to Tucson in 2000 to earn his MFA in poetry. Tucson is where he became a poet, and where he chose to work as a poet, editor, and teacher. He died of complications from cystic fibrosis on January 30, 2012. He was 33 years old.