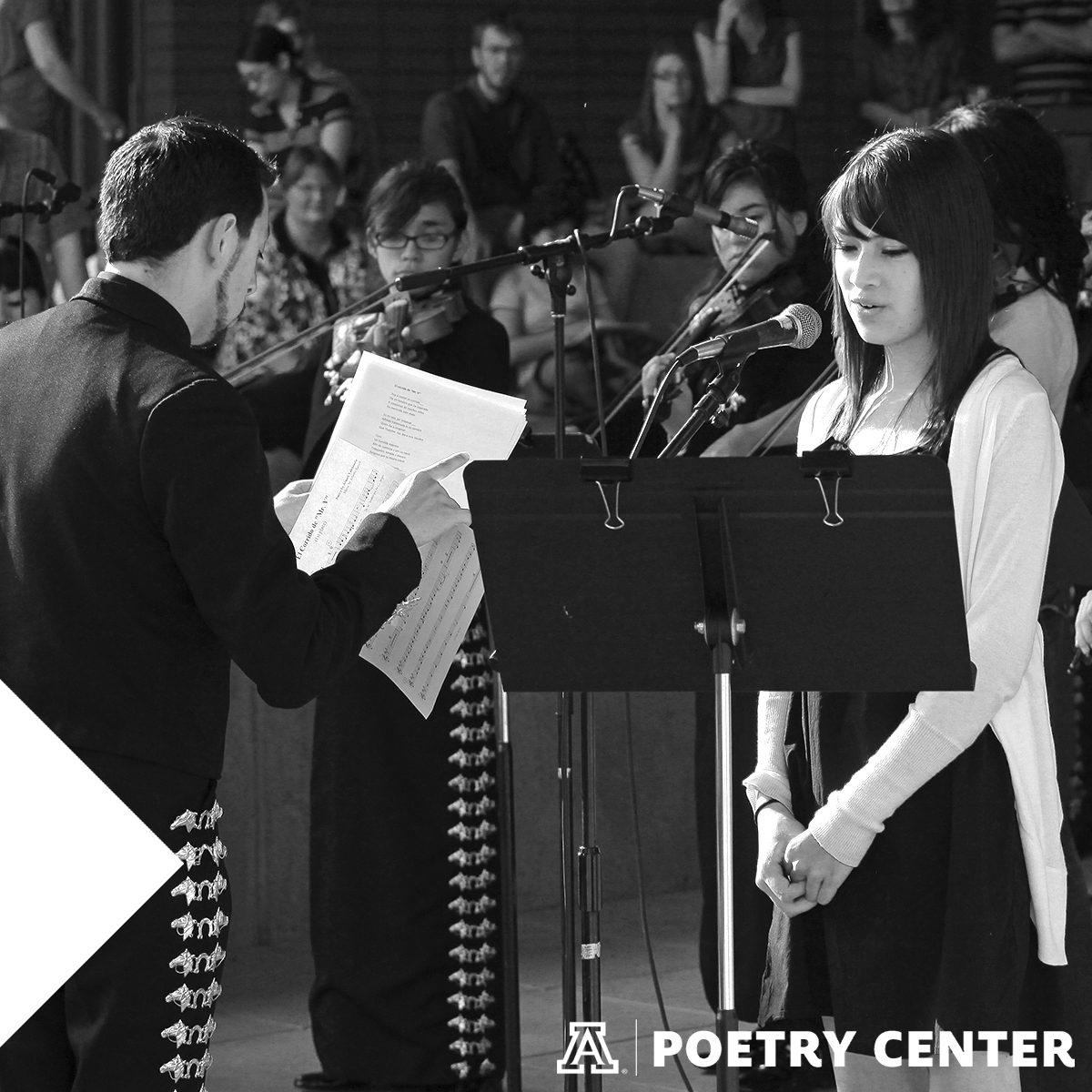 The corrido is a musical ballad form developed in Mexico in the 1800s and originally sung throughout the country. Although still popular in Mexico, over time it has become known as música de la frontera (border music) because of its popularity along both sides of the U.S.–Mexico border.

From 2000 to 2015, the Poetry Center ran the High-School Bilingual Corrido Contest, a state-wide competition in which Arizona high school students wrote original corridos for a chance to win cash prizes. The contest supported creative writing and promoted awareness of the corrido. The Poetry Center no longer administers this contest, but continues to offer these resources on teaching the corrido to high-school students, and an archive of 15 years of award-winning corridos written by Arizona high school students.

This anthology published by the Poetry Center includes articles about the corrido by scholars Maribel Álvarez and Celestino Fernández and lyrics of contest-winning corridos written by Arizona high school students.

Corridos sin Fronteras is a great site that allows you to write lyrics online and perform them to a prepared corrido melody.

Wikipedia has a good entry on the corrido.

Other Books on the Corrido

With His Pistol in His Hand: A border ballad and its hero by Américo Paredes. (University of Texas Press, 1998.)