Throughout history, people have joined together to improve their working conditions and pay. Since the time of the Industrial Revolution, this has often been done by creating labor unions—organizations that advocate for workers—and going on strike. A labor strike is when employees refuse to work until their demands are met, whether that’s safer working conditions, more pay, shorter workdays, or any number of other concerns. Within the United States, certain worker protections such as the eight-hour day were won through the actions of the Labor Movement, a collection of unions and workers fighting, separately and together, for better conditions over many years.

While labor strikes might not seem like a place for kids, children have participated in them for (at the very least!) the last two hundred years. In 1899, the newsboys of New York City went on strike. In 1903, labor organizer Mother Jones led the March of the Mill Children, during which child and adult textile workers walked from Philadelphia to New York to protest child labor and long work weeks. Children, who were and still are employed as farmworkers, were also part of United Farm Worker strikes in the 1960s and 70s. Kids have also supported their striking parents, including the families that picketed and carried signs during the Tex-Son Garment Workers’ Strike of 1959-1963.

For today’s writing activity, we’re going to look at two photographs. The first one depicts the March of the Mill Children. The second shows a family holding signs in support of the Tex-Son Strike. 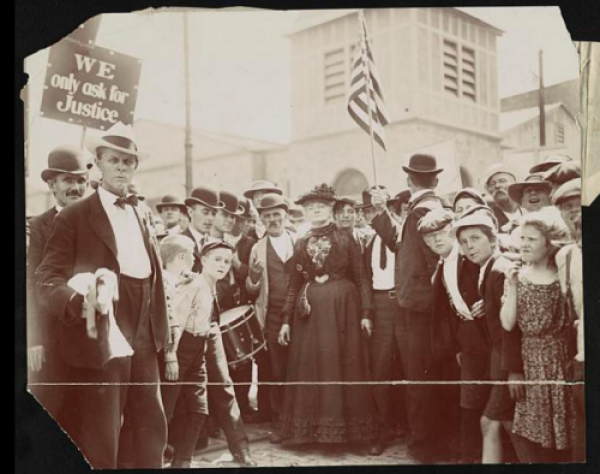 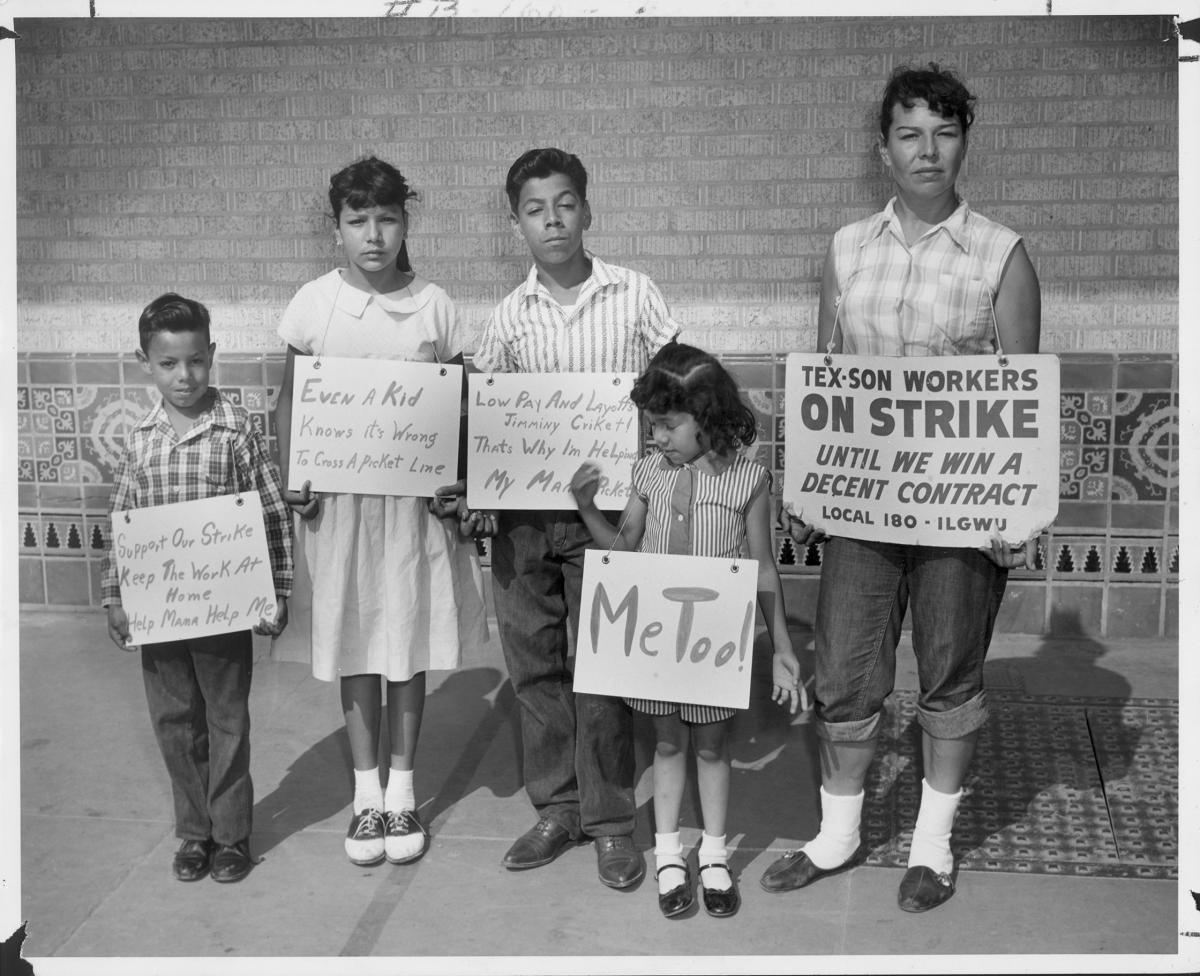 First, take a look at both photographs. What do you notice? What are the people in them doing? What do the signs say? How do you think the people shown in the photographs are feeling?

Third, circle five words in your description. Write a five-line poem, using one of your circled words in each line.

(If you’d like an example, here’s one about the first photograph:

Description: Children gather around adults. There’s a drum. One sign says, “We only ask for justice.” A woman in black peers at the camera and some of the children, in caps, do too. One girl in a flowery dress wrinkles her nose, she’s tired and wishes she had some candy to perk her up. She knows the march will be long, like the days in the factory are long.

The millworkers gather with signs and drums
to start their one-hundred-mile march,
toward justice and shorter working days.
A girl dreams of candy, of school filling her days
and lifts her tired hand to her hopeful face.)

When you’re done, share your poem with your friends or a favorite adult!