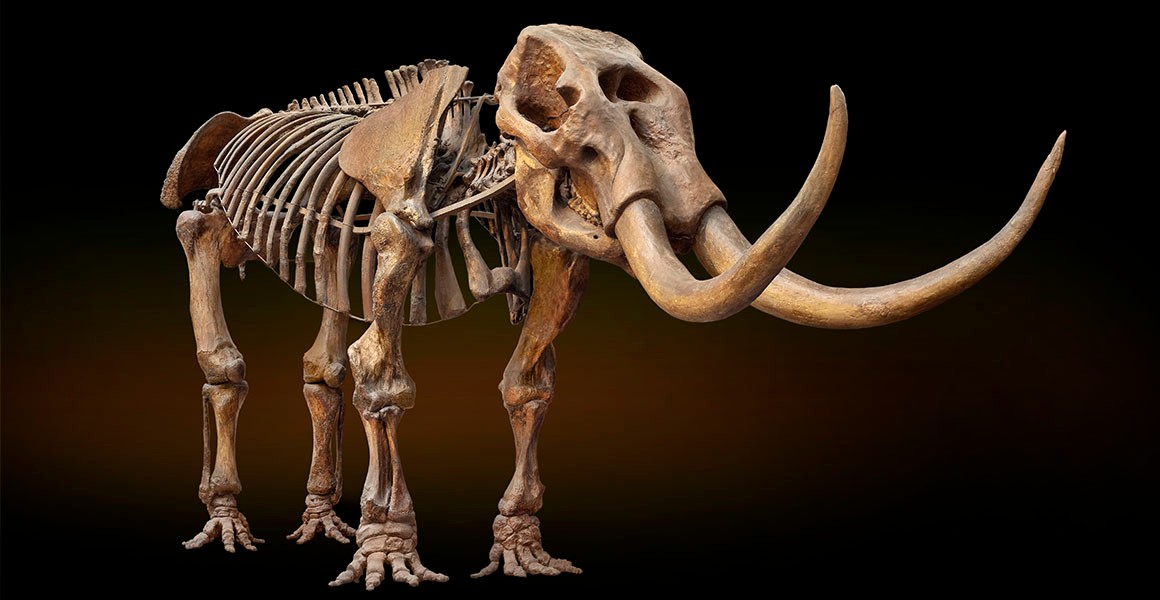 I was surprised when our grandfather brought out a 50,000-year-old Mastodon tooth. I was even more surprised when he gave it to my little brother. It was the year of the pandemic, in June 2020. We had been visiting my grandparents’ house to swim in their pool, but keeping far away from them to protect us all from Covid. He brought it out in a box to give my little brother, Henry, along with a cool old camera for me, and some electronics for my older brother, Milo. Even though my grandfather was bad at giving us gifts on holidays or birthdays, he did like to give us surprise gifts.

I had no idea that he even had it until he gave it to us. The tooth that we have is a relic from long ago. When I look at it, it reminds me of the people who used to own it like my great-great-grandfather. I never knew my great-great-grandfather. He died before I was born. On my mom’s side of the family, he was my grandfather’s grandfather, and he lived in Indiana. He was the founder of the first library in his town and worked as a lawyer. It is truly amazing that the tooth used to be in a creature. It is cracked and chipped, and is the size of a large grapefruit. It weighs about five pounds. I wonder how big the animal was to have a tooth like that. It looks like it ate plants, because it is more of a flat tooth that can grind the plants.

We thought that when he was eleven years old, he found the tooth in a river by his home where he grew up, but I was recently talking to my grandfather and I found out that all of that stuff was not true.

I called him and said, “Is it true that your grandfather was eleven-years-old, and he found the tooth in a river by his house?”

My grandfather said, “No, actually my grandfather, Milo Slick, found the tooth in the Kankake River in Illinois around 1930 when he was about twenty-five. He was part of an excavation team, and they found most of an entire mastodon.”

I asked him, “Where is the rest of the mastodon?”

“The mastodon is now in a museum in Chicago, but my grandfather kept a tooth as a memento of his adventure.”

I asked him, “What museum is it? Could we go visit it?”

He said, “I don't remember what museum it is in.”

He held on to it and handed it down to my grandfather when he was a teenager, and then we got it. So far, we are keeping it in a cardboard box in a safe place. Someday, we'll frame it and then we can hang it up on a wall for everyone to see.

When I hold the tooth, it feels heavy for its size. It feels very smooth when I hold it because it has been washed in the river, and rivers make rocks and things like that smoother by the process of weathering. Water pushes sand onto rocks and, after a long time, the rocks get smoother and smoother as if it’s being sanded, by sand! Other things in rivers, like our tooth, get polished by the same process.

The color is tannish brown on the chewing part, and the part that was in the gum is black, and very smooth. The tooth has cracks in areas that are more fragile than others. It looks like a cooking mallet with dull points to mash food. If it was a carnivore, it would have much sharper teeth. The black part is so shiny, it reminds me of obsidian. I think it’s shiny because it was sitting with the gum part above the river mud and got more polished by water, and the chewing part was buried in the mud and deteriorated more. I like how it’s shiny on the top and rough on the bottom.

There is a deep hole in the tooth, and it looks man made. I wonder if someone drilled into it to try to make a stand for it, but it was too fragile, and they gave up. It also looks like, at one point, someone tried to put varnish on it, and it makes it look a lot more yellow in some places, but it's also chipped off in others. They were probably trying to preserve it, but they ended up doing damage to it instead.

The tooth must have been sitting in that river for thousands of years because it is a really smooth tooth. I wonder if the tooth had fallen off in the river or if it was washed down into the river, or maybe the mastodon died in there and that was all that was left of his bones since he died.

It's good to have elders because they know details of the past and what actually happened. When I started writing this, I had one version, but after talking to my grandfather, I found out a lot of facts that I didn't know.

This a photo of the real tooth! 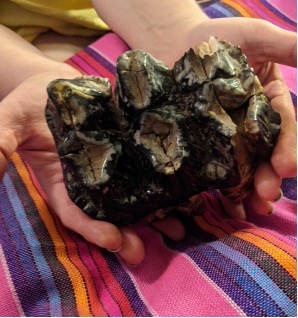 Leo Schirack is a student at the Paolo Freire Freedom School.