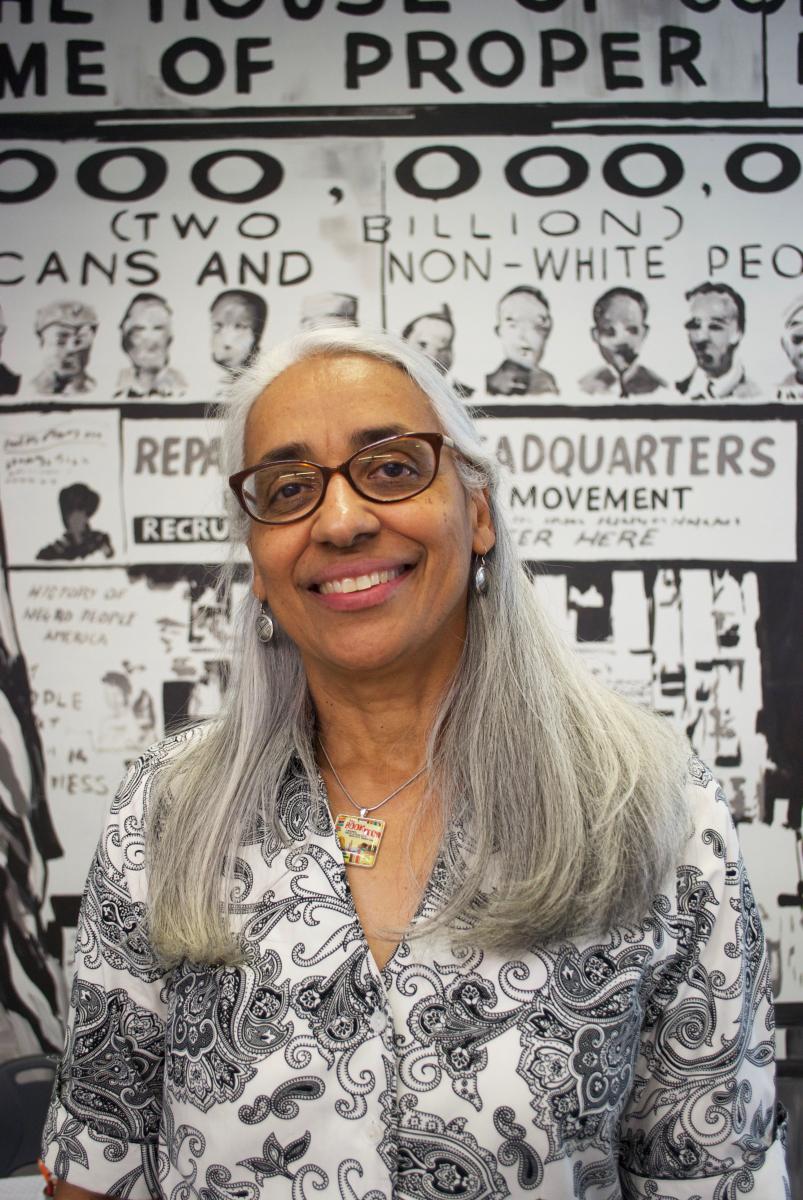 Vaunda Micheaux Nelson credits her love of books to her late parents, who faithfully read to her every night.  Through her work she hopes to give young people some of what her parents gave her -- opportunities to grow through story. Her young adult book, No Crystal Stair: A Documentary Novel of the Life and Work of Lewis Michaux, Harlem Bookseller won the 2012 Boston Globe-Horn Book Award for fiction, a 2013 Coretta Scott King Author Honor and prevailed in the 2013 School Library Journal Battle of the Kids’ Books.  Vaunda received the 2010 Coretta Scott King Author Award for Bad News for Outlaws: The Remarkable Life of Bass Reeves, Deputy U.S. Marshal, which also earned the Simon Wiesenthal Once Upon a World Children’s Book Award, a Carter G. Woodson Honor, an Anne Izard Storyteller’s Choice Award, and was a Western Writers of America Spur Award Finalist.  The Book Itch: Freedom, Truth & Harlem’s Greatest Bookstore won a 2016 Jane Addams Children’s Book Honor and a 2016 Coretta Scott King Illustrator Honor for R. Gregory Christie’s illustrations. Vaunda’s first book, Always Gramma, was selected by the Children’s Book Council as a Notable Children’s Trade Book in the Field of Social Studies. Mayfield Crossing won the 27th annual Georgia Children's Book Award and Almost to Freedomwon a Coretta Scott King Honor for Colin Bootman’s illustrations.  In 2010, Who Will I Be, Lord? was cited as “highly commended” by the Charlotte Zolotow Award committee.  Her other books include Ready? Set. Raymond!, Beyond Mayfield, Possibles, and Juneteenth which she co-authored with her husband, Drew Nelson. Vaunda’s poetry has been published in Cricket and Cicada magazines. Her latest book, Don’t Call Me Grandma (2016), is based on her paternal grandmother.

Vaunda's selections From the Stacks are:

All the Small Poems and Fourteen More by Valerie Worth, illustrated by Natalie Babbitt

The Dream Keeper by Langston Hughes

Carver: A Life in Poems by Marilyn Nelson

Everybody Needs a Rock by Byrd Baylor, illustrated by Peter Parnall