Join me and the award-winning poet Ruth Ellen Kocher as she leads us through the vital poems from the anthology Letters to the Future Black Women Radical Writing edited by poets Erica Hunt and Dawn Lundy Martin and published by (Tucson’s own) Koré Press. It’s a letter to the future, a call to action and a reminder of the work to be done.

With musical selections from Brian Eno, D’Angelo, and Como Mamas

Jane Miller | “Time Out,” Who is Trixie the Trasher and Other Questions, Copper Canyon Press, 2018.

Kadijah Queen | “I want to not have to write another Word about who the Cops Keep Killing,” Letters to the Future Black Women / Radical Writing, Kore Press, 2018.

Jennif(f)er Tamayo | Excerpt from to kill the future in the present, Green Lantern Press, 2018.

Harryette Mullen | “Once Ever After,” Letters to the Future Black Women Radical Writing, Kore Press, 2018. 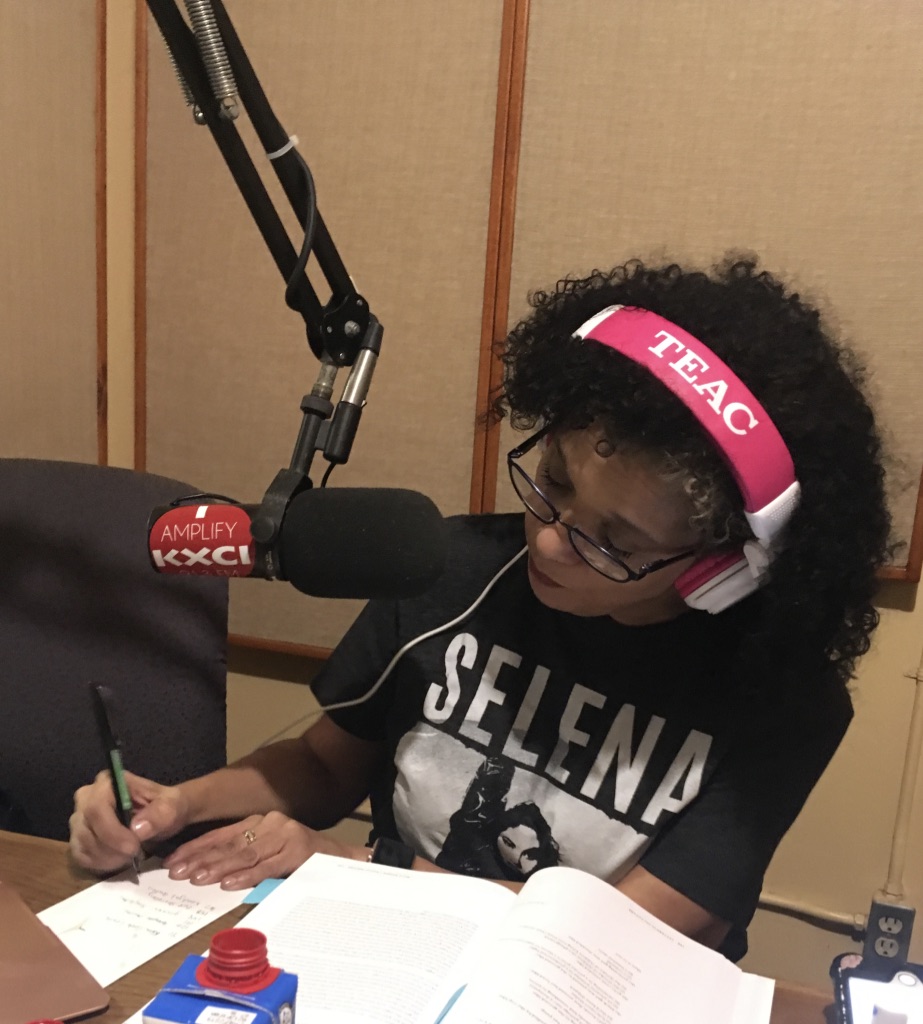 Ruth Ellen Kocher is the award-winning author the books of Third Voice (Tupelo Press, 2016), Ending in Planes (Noemi Press, 2014), Goodbye Lyric: The Gigans and Lovely Gun (Sheep Meadow Press, 2014), domina Un/blued (Tupelo Press, 2013), Dorset Prize winner and the 2014 PEN/Open Book Award, One Girl Babylon (New Issues Press, 2003) Green Rose Prize winner, When the Moon Knows You’re Wandering (New Issues Press, 2002), and Desdemona’s Fire(Lotus Press 1999) Naomi Long Madgett Prize winner. Her poems appear in Angles of Ascent: A Norton Anthology of Contemporary African American Poets, and Black Nature, among many others. She has been awarded fellowships from the Cave Canem Foundation and Yaddo. She is a Contributing Editor at Poets & Writers Magazine and Professor of English at the University of Colorado where she teaches Poetry, Poetics, and Literature.