“but to me the poetry/ only grows under such conditions /

as to hold the candle up to the album/

to illuminate the grooves.” --Garrett Caples

Poet, essayist, short story writer, and editor Ander Monson joins us in the KXCI studios to talk about March Shredness, a literary music single-elimination tournament, featuring 64 of the best and worst classic hair metal songs, and to share some poems that rock. You’ll hear poems interrupted by White Snake and poems with cameos by David Lee Roth.

With musical selections from Wilko, The Replacements, Slaid Cleaves and others.

Michael Robbins| “I Did This To My Vocabulary,” Poetry, December 2010.

Hanif Willis-Abdurraqib | “Ode to Elliot Smith Ending in the First Snowfall of 2003” and “The Music and the Misery,” The Crown Ain’t Worth Much, Button Poetry, 2016.

Ander Monson is the author of eight books, including the forthcoming I Will Take the Answer and The Gnome Stories from Graywolf. He directs the MFA program at the University of Arizona, edits the magazine DIAGRAM and (among many other projects) and coordinates with his partner, Megan Campbell, a series of yearly literary/music tournaments: March Sadness (2016), March Fadness (2017), and this year’s March Shredness (2018). 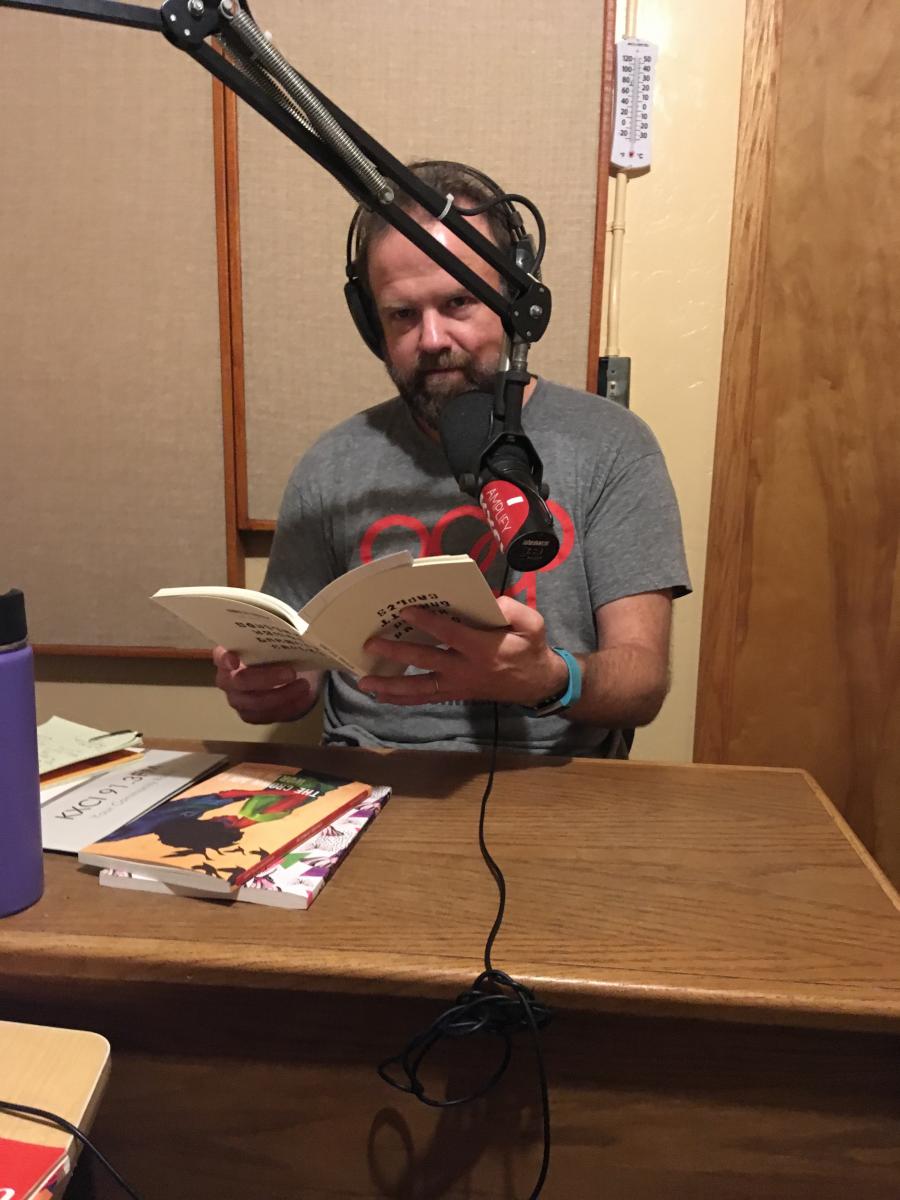