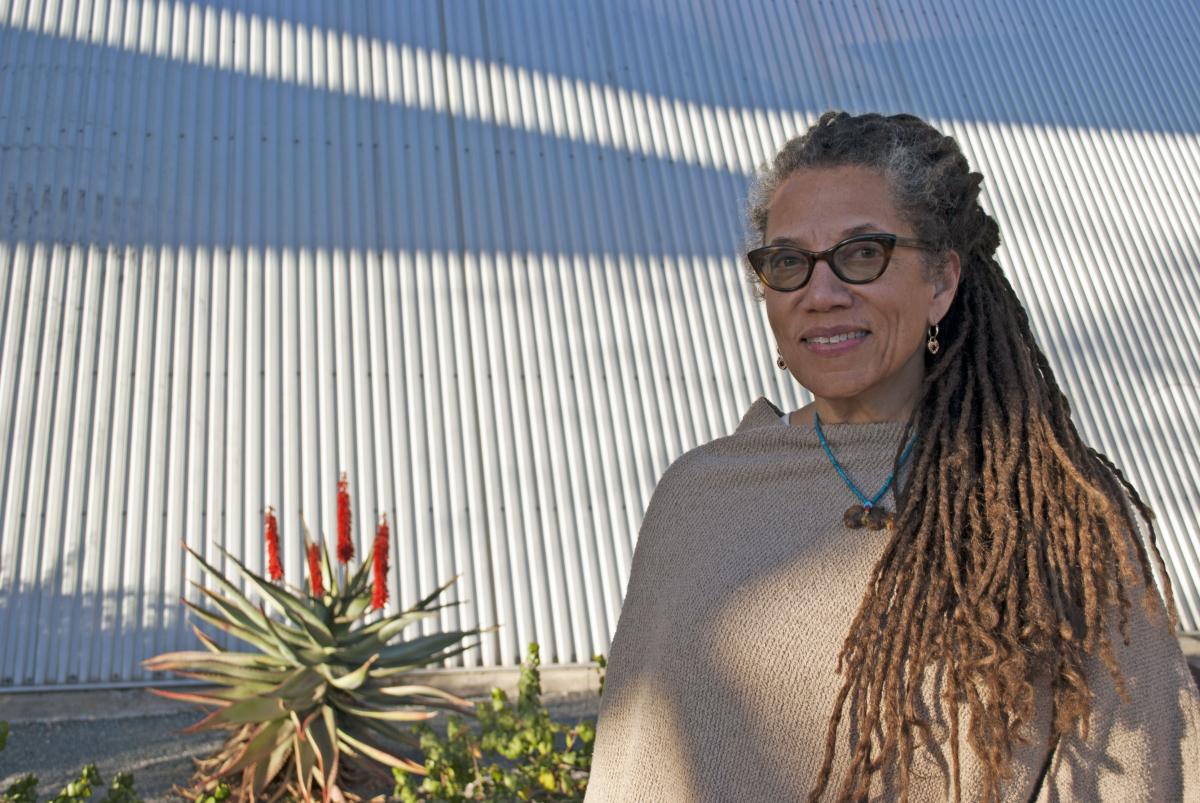 Our audiovisual archive, Voca, currently holds the work of 40 National Book Award Winners, 45 Pulitzer Prize Winners, 28 Poet Laureates and 4 Nobel Laureates in Literature (editor's note: as of today, 5 Nobel Laureates!). Today, I want to focus on Nikky Finney, a poet who gave a reading at the Poetry Center on Thursday, February 7, 2019 as part of the Art for Justice Series. Finney was born and raised in South Carolina where she now lives and serves as the Chair in Creative Writing and Southern Letters and the University of South Caroline. In 2011 Nikky Finney won the National Book Award for her poetry collection Head Off & Split (Northwestern University Press).

I love this reading because Nikky Finney is candid, raw, and a fabulous storyteller. I remember the energy in the room during the live event and how the air felt thick with grief and gratitude. This same energy can be felt throughout the reading in her heartfelt opening remarks and story-driven poems.

In her opening remarks Finney recaps her visit to the Cape Detention Center where she met and spoke with incarcerated young people about their lives, goals, and poetry. In this, she shares a poem written by one of the young men in the group titled “I Never Had It Made” modeled after her poem “He Never Had It Made.” Finney then reads a poem which tells that story of her birth followed by two poems about interactions she has had with strangers, all told in Finney’s uniquely narrative style.

The last poem Finney reads is titled “Black Boy with Cow: A Still Life,” and was written in commission for the Art for Justice Reading Series. In this poem Finney tells the story of George J. Stinney Jr., a young Black boy wrongfully charged with the murder of two white girls. In June of 1944, at age 14, George was executed by electric chair, making him the youngest person in US history to ever be killed by electric chair. Finney’s “Black Boy with Cow: A Still Life” is a narrative masterpiece that lovingly paints a picture of the dynamic and artistic George J. Stinney Jr. The poem follows the young boy’s family into the future to 2013, where his remaining relatives, including his eighty year old sister, go to court to ask for a Writ of Coram Nobis, a legal order that allows the court to correct its original judgement. The state of South Caroline turned over this case and admitted to wrongfully charging and executing George J. Stinney Jr. Please enjoy this moving reading by viewing it here.