In conjunction with our Brave Books: Bold Librarians, Readers & Booksellers of the Arab World children’s area feature, the Poetry Center is presenting a pop-up exhibit during the month of January featuring 21st century Arabic-language poetry in English translation. Pulled from the Poetry Center’s main stacks, these twenty-two books provide a varied and diverse look at poetry from across the Arabic-speaking world, with writers who hail from places including Iraq, Lebanon, Libya, Morocco, Palestine, Syria, and more. If you’re in Tucson, we invite you to come in to the Poetry Center to browse, read, and enjoy. For readers outside of Tucson, a full list of books featured in the exhibit appears below.

This pop-up exhibit was curated by Julie Swarstad Johnson with thanks to Khaled Mattawa for additional suggestions. Brave Books: Bold Librarians, Readers & Booksellers of the Arab World is presented with support from Arizona Humanities.

Tamim Al-Barghouti, translated by Radwa Ashour, In Jerusalem and Other Poems (Interlink Books, 2017)

Ashur Etwebi, translated by Brenda Hillman and Diallah Haidar, Poems from Above the Hill (Parlor Press, 2011)

Golan Haji, translated by Stephen Watts and Golan Haji, A Tree Whose Name I Don’t Know (A Midsummer Night’s Press, 2017)

Iman Mersal, translated by Khaled Mattawa, These Are Not Oranges, My Love (Sheep Meadow Press, 2008)

Hassan Najmi, translated by Mbarek Sryfi and Eric Sellin, The Blueness of the Evening (University of Arkansas Press, 2018)

Saadi Youssef, translated by Khaled Mattawa, Without an Alphabet, Without a Face (Graywolf Press, 2002) 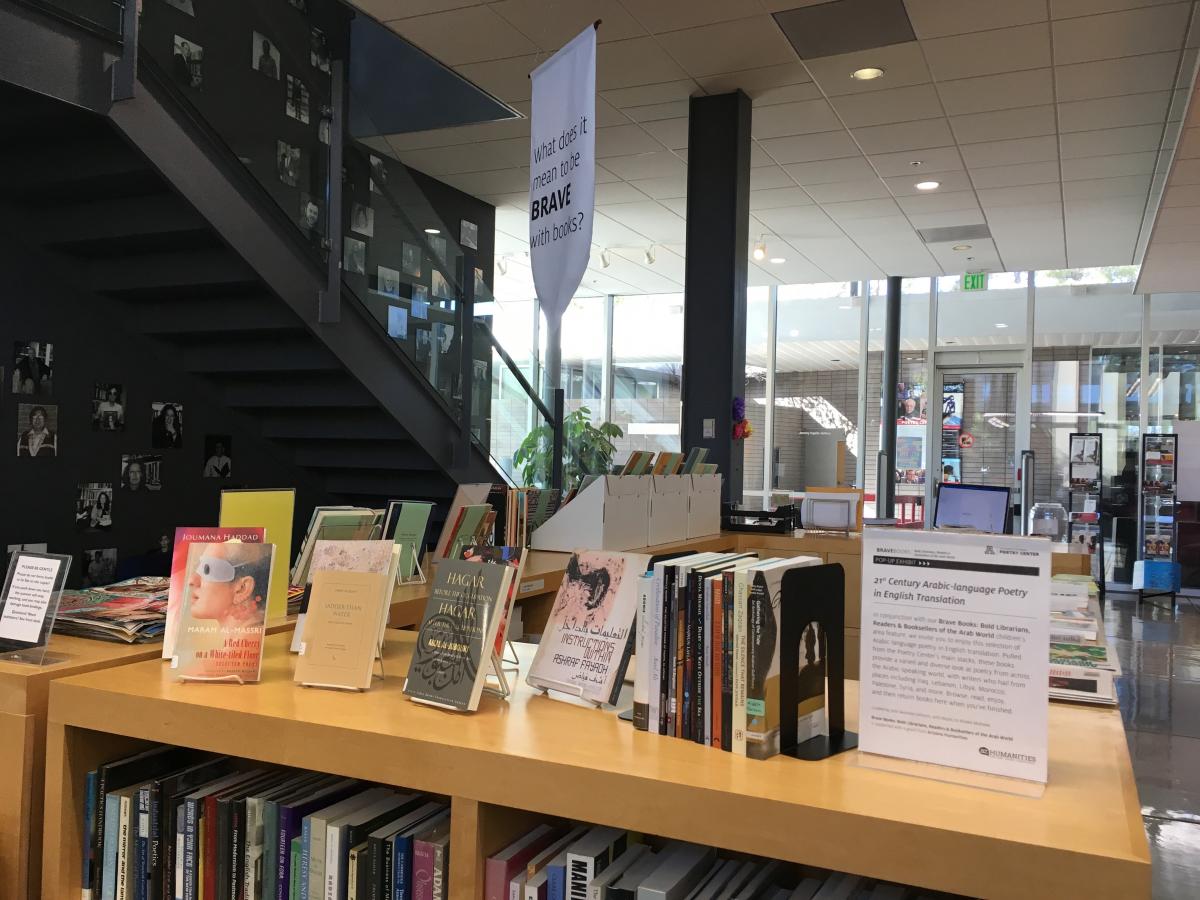