In 1915, Vladimir Tatlin presented his work “corner counter-relief.” The mix-media relief, upon exhibition in Petrograd, was hung in a corner. Ropes secured to one wall spanned across sheet metal and copper to the adjacent wall. As a constructivist, his intent was for this piece to work beyond just the viewer’s sense of vision. He urged the audience to touch the relief: viewers were allowed to run their fingers along the metal, leather, and ropes of his suspended sculpture. With this relief he emphasized (and adroitly demonstrated) a sentiment he is now famous for: “Let us place the eye under the control of touch.” In “corner counter-relief,” the materials themselves are important and are no longer intended for visual reception only.

If Tatlin encouraged viewers to not just view but partake, and asked that they physically engage with his installation, kids ought to be encouraged to do the same with poetry. We ought to show students the materiality of the poem. Because what kid wouldn’t want to poke and prod a poem? Poetry, too often, has a sacred, seemingly untouchable aura. 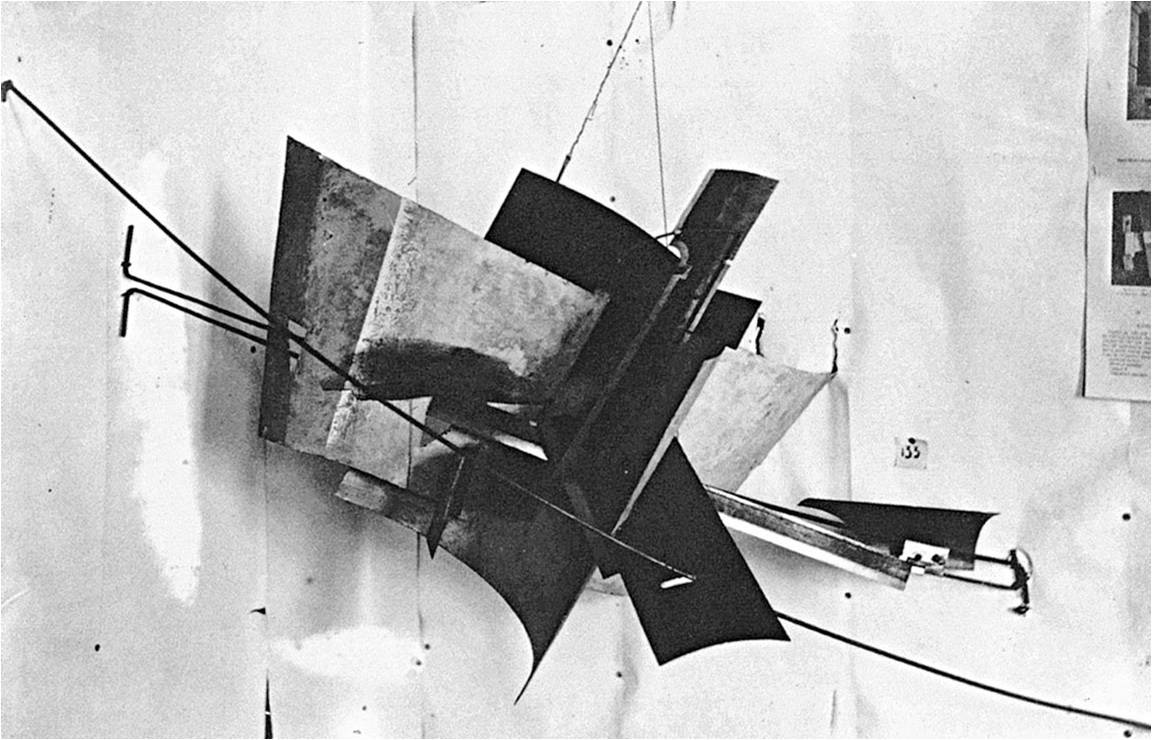 Poetry intimidation is very persistent in our culture. I don’t mean the impasse of a particularly challenging poem (I experience this all the time); I mean the general and cultural phobia of poetry. I don’t blame anyone for this: poetry can be obtuse and heady. To make matters worse, culturally, it is considered self-conscious, mockable, and an intellectually remote “high art.” So the aim of most poetry teachers becomes bringing the poem down from its (false) pedestal of awesomeness to something we can engage with and relate to. Hopefully in the process we undo the phobias and culture’s preconceived notions of what the poem is, and how it works. In essence, our goal is to undo how the poem is normally read. After all, like “corner counter-relief,” the poem is material and is a thing we ought to encourage others to touch.

I recently did an experiment with a class of third graders at John E. White Elementary. Normally, when I discuss a published, “professional” poem with kids, I first ask an open-ended question like, “What do you notice about this poem?” I still like asking this question because it doesn’t offer any hints. As if at a roller rink, students are challenged to break from the support of the wall and plunge into the rink, commenting on whatever they see. But when I taught William Carlos Williams’ “This Is Just To Say,” I instead decided to ask the students for their opinion of the poem. To start, I simply asked, “Do you like this poem?” 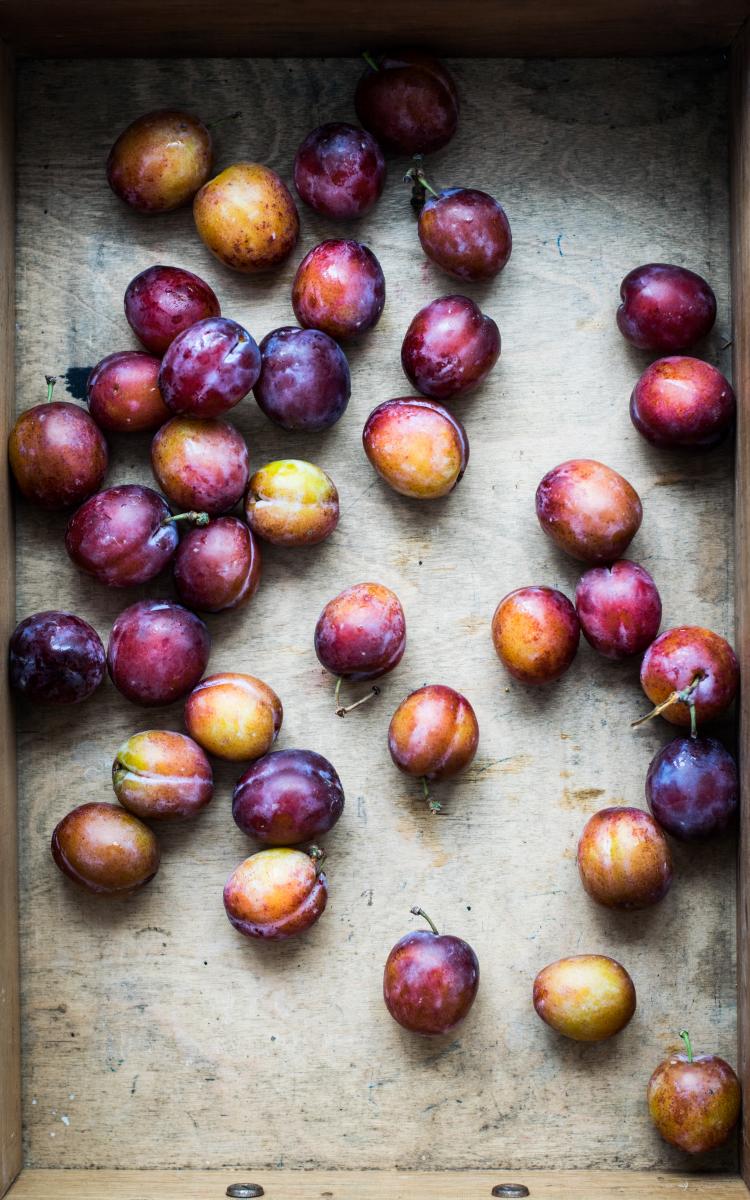 A student responded without hesitation that, “No,” she did not like William Carlos Williams’ poem. When I asked why, she retorted that it’s short and short poems, “Don’t express as much as long poems do. I like long poems better because they show me more.” I was amazed and frankly jealous of her confidence. I was then curious what the students thought of other devices in the poem. I asked if they liked that the lines were short. I asked if they liked the enjambment of the lines, “and which/you were probably.” Considering this same line, we discussed if the break between “which” and “you” did what we wanted it to. I asked if they liked that “the plums” was its own line. I even asked if they liked the word “plums” and its placement in the poem—should this word be moved around? Should it occur later in the poem? I was thrilled that we were discussing not only the material of the poem, but also the material of language.

Even if the students were largely forming opinions on the spot, and maybe just forming opinions so as to argue with their classmates, we were tearing this poem apart. We discussed nearly every word of this poem. It was easy with a small poem such as “This Is Just To Say”; nevertheless, not one detail of this poem went unnoticed. Moreover, a deconstructionist reading of poetry was delightfully easy to do with kids. For one, they were excited to talk about their opinions and reactions to parts of the poem rather than search for the poem’s truth or “meaning”—the latter is an approach to reading poetry that is quite common and not always helpful. Secondly, this approach lent itself to exciting questions. If we talked about the line break in the first stanza, and they seemed to enjoy talking about it, I asked what they thought about the line break in the last stanza. If we considered the length of the poem as a whole, we could discuss the length of its lines. If they liked the first line of the poem, we discussed the poem’s title. Our conversation had a natural buoyancy. Importantly, the students seemed confident in their discussion and carried on from one part of the poem to another.

We can’t literally touch language like we can Tatlin’s rope, but the poem becomes physical when we break it into smaller parts. For example: What is the phrase “so sweet” doing to the words “so cold” that succeed it? How does this impact the rest of the poem? Do these lines breathe life into the poem? Where is the breath of this poem? Can we see where this poem billows and moves?

Discussing a poem’s message can be fruitful; but if we can observe how even the smallest details of a poem impact us readers (it turns out some of us just can’t stand plums), we can start to understand the poem’s magic and better decide if that magic is working on us. In this way, running our fingers along the ropes and raw metal of the poem, we—us and our students—can grow into better readers of poetry.

Sophie Daws grow up in the Sonoran Desert and her poems revolve around labor, memory, and architecture -- all of which are explored in terms of nature/ecology and a feminine-queer aesthetic. Sophie received her B.A. in English Literature and Creative Writing in 2018 and holds a minor in Plant Sciences. She received the Hattie Lockett Award in 2018 and graduated with honors for her poetry manuscript and thesis, Snag.