Located in the Poetry Center’s Children’s Area is the first exhibition in a series which will showcase independent bookstores and libraries from around the world, including many lost, endangered, and otherwise dramatic and brave oases people have built to protect, house, share, and enjoy books around the world.

We’ve compiled a recommended reading list of children’s picture books about this very topic and are including it as a downloadable pdf for you here.

Here are three quick reviews of books on the list.

You can read more about the Brave Books exhibit and the featured bookstore, Shakespeare and Company, right here next week. 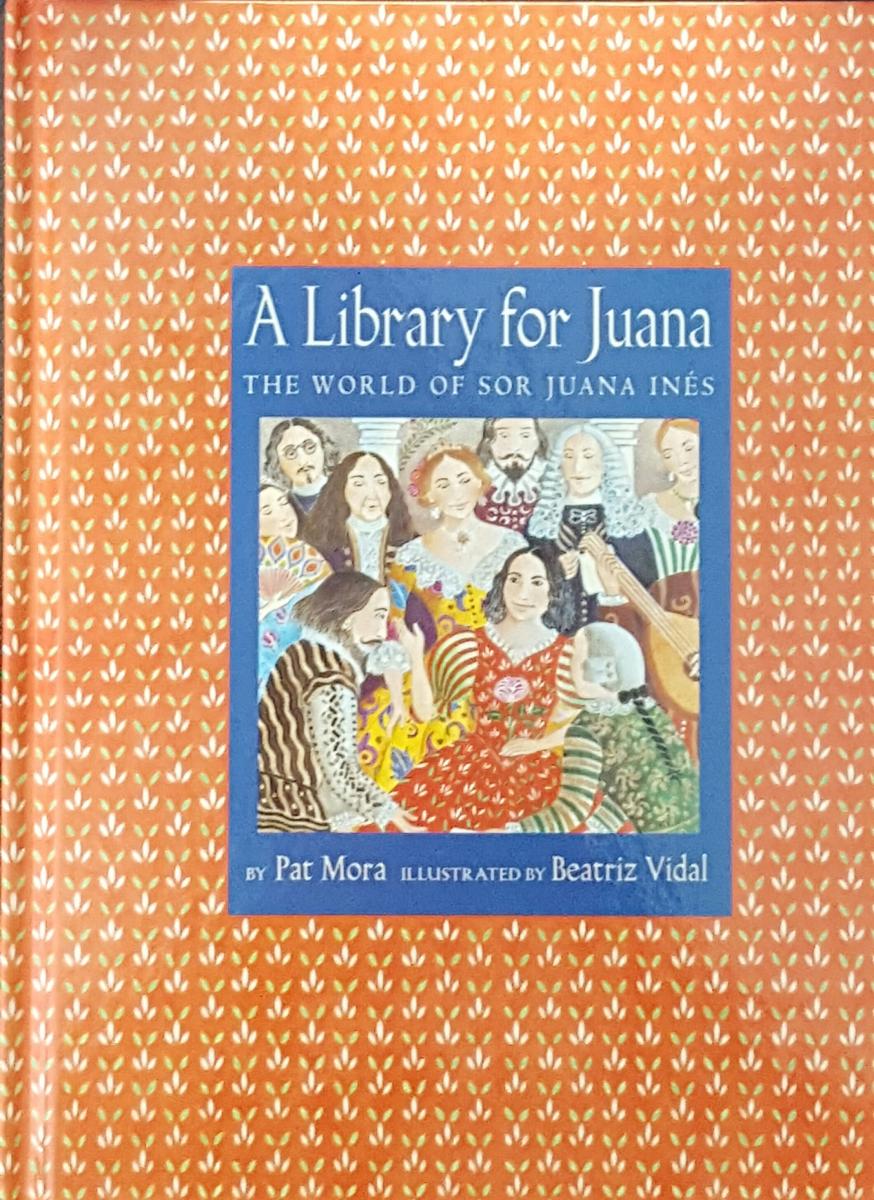 A Library for Juana tells the story of Sor Juana Inés, a little girl in 1600s Mexico who would grow up to be one of Mexico’s most prominent poets.

The book condenses her life significantly, making it sound like a tale from a book of folk stories, but not at the cost of its message. The common theme touched on throughout is perseverance, with the phrase “Girls can do more than spin and sew. We can study and prove all we know,” doing several things for the book. On the surface, it is a reminder of Inés’ medium: poetry. Its rhythm reminds one of a picket line affirmation, going against the push of her culture repeatedly and fearless each time. The line is also a bookends for her journey to Mexico City, and in a greater sense, the knowledge she wanted to possess. By having the line appear again once she is asked, essentially, to be smart in front of the smartest people the Viceroy could find, Inés and any girl reading who may find herself in such a situation are validated. Girls can do more, girls have done more, and girls will do more.

Another feature of this type of condensing is the reinforcement of a pattern. Whenever someone tells Inés something is impossible, or even just out of reach for that moment, they are immediately proven wrong. Her sister tells her she’s too young to go to school with her, the next page shows her sitting in class. Her mother tells her only boys can go to the university in Mexico City, the next page shows her mother sending her to live with her aunt to do just that someday in the future. While the word “no” was always floating in earshot of Inés when discussing learning, it never seemed to be heard. 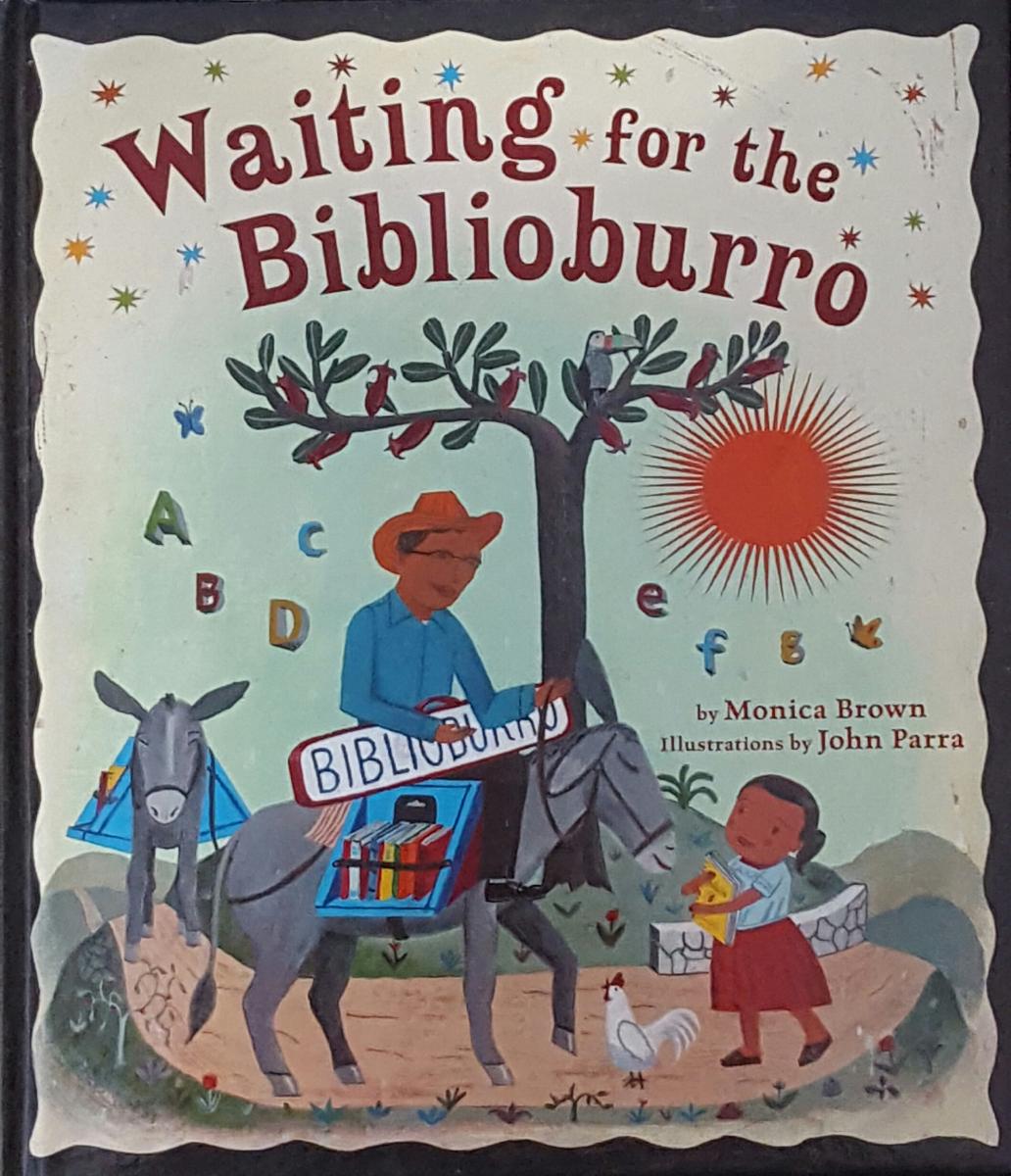 Waiting for the Biblioburro is a picture book loosely based on Luis Soriano Bohórquez’s efforts to bring the joys of literature to rural Columbia. He, like the story’s unnamed librarian, delivered books to children in the form of a travelling library: the books were carried on the backs of two burros, Alpha and Beto, dropped off and then exchanged for new ones when they would visit next. It is a celebration of reading and imagination, following a young girl named Ana as she learns to create her own stories. The illustrations, are very dreamlike, full of details and several smaller stories being told within the space of the page.

Throughout the book, there are these endearing uses of sound, whether they are the mimicked brays of the eponymous Biblioburro or Ana’s insistence that her mother tell her when the librarian will return. The simplicity of these acts make for a relatable setting and character leaps past cultural barriers. While it’s very likely that you’ve never relied on a lone man and his donkeys to bring books to your home, the excitement and restlessness of, “When will he come back?” appearing four times on a single page is palpable. As is the subtle annoyance in the change from “Go to bed, Ana,” to, “Go to bed, Ana!”

Spanish words are incorporated into the dialogue and text in a way that teaches, but does not necessarily draw attention to itself as something to learn. The words are often next to their English translations, but many must be derived from the context of the sentence. This challenges the reader to unlock the meaning as one would a puzzle, which is ultimately more rewarding than scanning the footnotes for a word you’ll forget with the turning of a new page.

In Waiting for the Biblioburro, Ana shows the fun to be had with literature in reading, writing, and sharing it with others across seemingly insurmountable distances.

My Librarian is a Camel
Margriet Ruurs (Author)
Various (Photographs)

My Librarian is a Camel elaborates on a concept seen in the book Waiting for the Biblioburro: the mobile library. While Brown’s work explored the concept within a narrative, Ruurs approaches it as a picture essay directed at younger readers.

People who live in urban areas often take for granted to accessibility and convenience of library. When books are readily available in multi-story buildings, it is easy to forget their individual value amongst all the others. We begin to think of them as assigned work, not as something to enjoy, relax with, and dedicate time to. The book offers color pictures of such transportation and maps of the regions in their respective sections, arranged in alphabetical order. The reasoning behind the chosen form of mobile library is discussed briefly, as are the logistics of book distribution in each country/region. For example, in England we see books that are carried up and down the beach in a wheelbarrow for those on vacation to read through.

Ruurs includes a wide variety of mobile libraries to read about, each tailored to the needs of their people. In addition to learning how people gain access to books outside of what would be considered a “traditional library setting,” we also learn how they live, and the kind faces which dedicate their lives to sharing literature. Whether they’re nomadic, split up by small islands, or get books from bikes or books from big buses, that same altruism shines through. Some countries are shown as having multiple forms of mobile libraries, like Indonesia and its boats for people who live near the rivers and bicycles for those in smaller cities.

My Librarian is a Camel fosters both a respect for the value of reading and an interest in cultures different from our own.