Bookmarked is a  column in which writers give us their "shadow bibliographies"— essentially, the books behind their books. Which books influenced their writing, and how?  Today's writer is E.G. Asher, whose book Natality is now available. 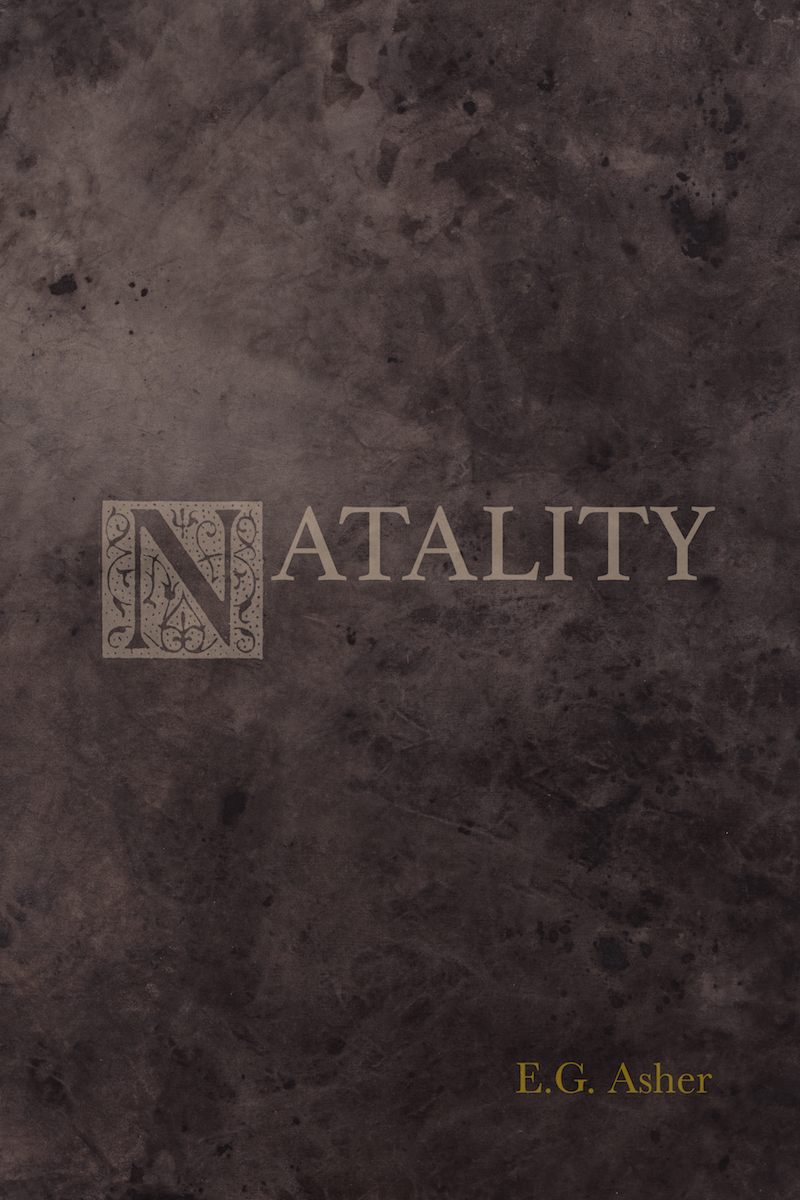 At the end of Natality I name several writers and artists that I imagine my poem to be in conversation with. These names include not only those who writers who I quote in the poem, but those who have written their own interpretations of Hagar and Sarai from the biblical scholarship of Savina J. Teubal and Wilma Ann Bailey to the poetry of Amal al-Jubouri, Tyehimba Jess, and Yanara Friedland to refuse any terms of the poem's closure.

Naming those texts that informed my own thinking (and would ideally would complicate the reader's own reading experience) was a feminist gesture towards community. (I've always admired C.D. Wright's bibliographies which suggest that the author writes, and so might the reader read, along with other people, voices, poems, books, histories, etc.)

In terms of my own research, I read and reread the Tanakh, Midrash, biblical concordances, medieval conduct books, medieval allegories, ancient and modern epic poems. I spent a long time looking at illumination and Hebrew micrography in medieval manuscripts, as well as reading about medieval Christian representations of Hagar as Synagoga. I read Kathleen Biddick's  The Typological Imaginary: Circumcision, Technology, History. Biddick thinks about how the Western idea of “secularization” is bound up with Christian temporal practices which insist on “identitary time,” or the “idea that time can be culturally identical with itself.” She asks “by what technological means did 'Christian-ness' fabricate itself” as distinct from Jewish-ness? I thought a lot about the epic as a gendered form and what kinds of time the epic engenders.

Here is a selection of the poetry that deeply influenced my thinking while I was writing Natality:

“In the poem, the little girl grows up to be a little girl & also a bat & also a boy & also a shadow, a pure effect of language (or light) passing through another body.” (64)

“is there a different way of doing this  this is / haphazard this is pathetic in the interim where we wait this is dire also / luxurious this is an endless buzzing in ears this is a sequence of events / is this a disaster...this is an infraction & it is liable this is an eye-full this is morning / is this a surgence is it resistance” (46)

A Foreigner Carrying in the Crook of His Arm a Tiny Book by Edmond Jabès (trans. Rosmarie Waldrop)

“Chroniclers enter texts and trade. Was to children dying before their mothers. Accounts and recounting. A nation's defense. Names of things made by human hands. Making famine where abundance lies.” (4)

The Descent of Alette by Alice Notley

The End of The Alphabet by Claudia Rankine

“Light piled on indisputable light rekindled bits of garden / until bare-shouldered, coherent, each root, its stem, / each petal and leaf / regained its original name / just as your door opened and we had to go through.” (98)

“I remember that there are no words in the world so I say them. / Abolishing a line is only one way to mark it. / My throat hurts from saying so much nothing. / When I tell you I love you what I really mean to ask is can I change?” (53)

Curves to the Apple by Rosmarie Waldrop

“I knew that true or false is irrelevant in the pursuit of knowledge which must find its own ways to avoid falling as it moves towards horizons of light. We can't hope to prove gravity from the fact that it tallies with the fall of an apple when the nature of tallying is what Eve's bite called into question...It is like the kind of language that vanishes into communication, as you might into my desire for you." (89)

E.G. Asher holds an MFA from Brown University and the 2015-16 Stadler Fellowship from Bucknell University. Asher’s work has appeared or is forthcoming in journals such as Lana Turner, The Berkley Poetry Review, Denver Quarterly, and the Colorado Review. They have served as an associate editor of West Branch magazine and as aseminar associate of the Bucknell Seminar for Undergraduate Poets. Asher currently lives in New York.