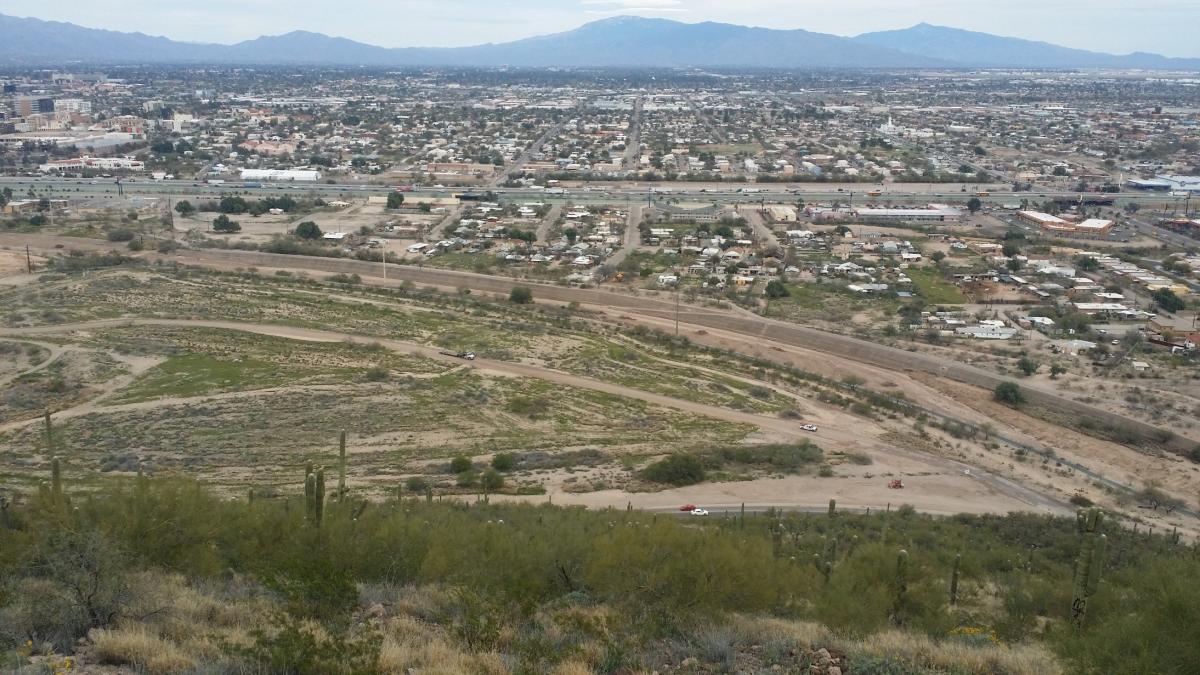 Barrio Kroeger Lane is situated at the base of Sentinel Peak, near what was once the O’odham village that is the origin place of Chuk-Son, which many of us now call Tucson (Chuk-son is O’odham for, “at the base of the Black Hill”). Honoring the first peoples of this land—many of whom continue to live in the neighborhood—is important to the residents of Barrio Kroeger Lane, which is celebrating its one-hundredth anniversary this year although the neighborhood’s roots reach back much farther. In fact, the barrio is considered a sacred site by many. According to a neighbor whose family has been in the neighborhood for four generations, there is, "the sacredness of living along the Santa Cruz River--with its once flowing waters and  wildlife that continues to exist--below Sentinel Peak, the lookout for safety of the First Nation village; as well as the sacredness of our Elders' memories about family gatherings and ceremonies, and their labor for sustainability in their Barrio ways of life."

Chuk-son is about blowing dust off, becoming cognizant of subtleties.
Not all is sepia in this land.
Chuk-son is about expanding visual literacy, noticing variance in subtle color shifts each season
yields.
Acknowledgement of transition in light temperatures.
Each day is a season.
Dawn and sunset provide muted luminance in their respective golden hours.
Chuk-son is about waiting for the light, light that equates with temperature identified by multiple
senses.
Chuk-son is about dodging the white hot blown out sky when the summer sun is at its pinnacle.
Seasons occur while not flashy, a keen sensual awareness will note their shift.
Spring is yellow, olive, bright blue and the winds kick up a floral scent.
Summer monsoons regenerate the flora back to a vibrant olive green cast against blue grey water
laden cumulonimbus clouds.
Earthy aromas of creosote waft off the desert floor signaling rain will come.
Fall and winter yield a soft light encouraging all who were hiding mid-day to survive the summer
to emerge into the soft golden gilded light.
Chuk-son is about surviving, reemerging and gracious celebration.

This post is part of our BKL Stories blog series, created in partnership with Favor Celestial. This series celebrates the history, present, and future of the Barrio Kroeger Lane neighborhood, and highlights poetry written by BKL youth and other neighbors.